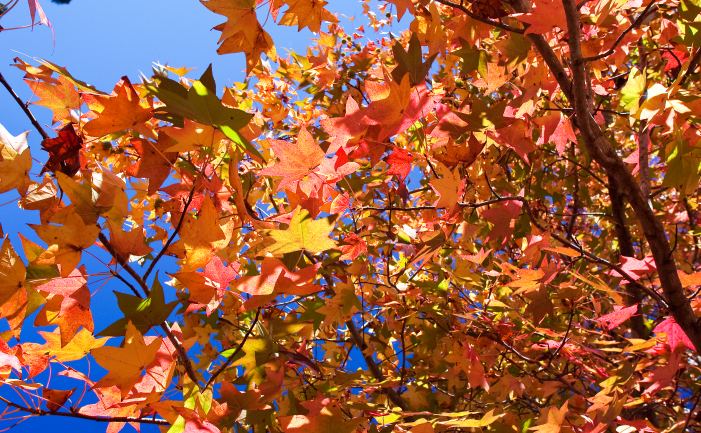 To minimise maintenance and hard work, it is very important to seek advice before you plant. Any plant (whether it be a tree, shrub, climber or ground cover) in the wrong place can ruin your garden, damage your house and even cause problems with the neighbours. Here is Don’s list of problem trees, and he’s also thrown in a few invasive climbers and shrubs for good measure!

From China, Taiwan and Japan this evergreen tree grows up to 18 metres (60’) high and nine metres (30’) wide. It self-seeds readily and has become a serious weed in rainforest areas of Australia.

Many evergreen figs start out as indoor plants and then when they get too big, they are planted out in the garden. They include Hill’s weeping fig (Ficus microcarpa var. hillii) weeping fig (F. benjamina), Moreton bay fig (F. macrophylla) and Port Jackson fig (F. rubiginosa). Planted in the garden, these figs develop into huge trees, with invasive roots that crack water pipes and damage foundations.

Also known as A. jorullensis, these trees are not suitable for small backyards as they grow to a massive size. The roots will break pipes, jack up fences and cause paving to buckle. The canopy quickly spreads across a small yard, blocking the light, while the roots use up all available soil space.

These are very adaptable trees and will easily multiply by layering, or form roots from any part of a stem or branch. They also have a strong suckering habit. Some councils include this tree in their weed list.

As a group, poplars are a bit of a worry. They should not be planted near houses. In humid coastal areas, a disease called Poplar Rust controls the trees and is therefore not such a problem. Poplars love deep moisture and the roots will travel long distances to hunt out moisture. They are notorious for blocking drains and lifting paving. Some species sucker freely from the roots.

Liquidambars are large, fast-growing trees that can reach 25 metres (82’) high and spread to around 12 metres (39’). Although liquidambars are beautiful trees, they do have strong, aggressive root systems. If a liquidambar is planted too close to storm water pipes, the root system may completely clog the pipes.

This was a vogue tree in Australian gardens in the 1980s and it is still tremendously popular today. However, they are prone to suckering because the variety is grafted onto a vigorous understock, R. pseudoacacia, also known as the false acacia. The false acacia will grow to 20 metres (60’), has green leaves and thorns. If roots are damaged, i.e. by a mower or whipper snipper, or if the roots hit an obstacle, such as heavy clay soil, they will produce suckers that may turn up several doors down from the original tree. Any stress may also induce suckering. Suckers are very difficult to control once they start appearing. They should be cut off with a clean sharp cut as close as possible to the root.

This vigorous evergreen climber from China grows quickly to a height of 6 metres (20’). It can become invasive very quickly. It is difficult to control as it spreads above and below ground and the wiry stems are quite tough to remove. It sends out new shoots from the roots and can only be controlled with continual spraying.

This upright, branching perennial from South America produces long racemes of sky blue flowers in summer. It may reach 1 -1.8 metres (3-6’) and continues to send out underground rooting shoots that may become invasive in good or moist soils.

This evergreen Australian native grows to 1-1.8 metres (3-6’). It produces pink flowers followed by brown seed pods. This plant tends to sucker and can be invasive in the garden.

There are two forms of bamboo – running (monopodial) and clumping (sympodial). Running bamboos such as the golden bamboo spread so successfully that they soon invade areas where they are not wanted. If you really want to plant bamboo, plant a clumping species.

Always seek information before you plant. Horticulturists at your local nursery can advise on suitable trees for your climate and situation.