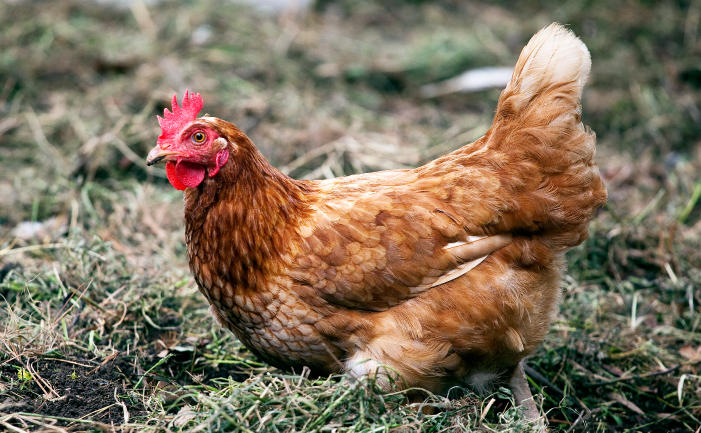 Many people still prefer to keep a few chooks in their backyard, rather than buy eggs. When selecting your chickens, choosing a type which will produce eggs for longer periods of time over the year is a primary consideration. The best backyard chooks, as far as egg production goes, is the crossbreed.

The cross bred chicken is selectively bred to remove most of the instinct to go ‘broody’, which means to sit on eggs to hatch chicks. A chicken that doesn’t go broody will lay more eggs, not produce chicks.

Crossbreds achieve the benefits of hybrid vigour and are better egg producers than either of the parent breeds. Crossbreeding also combines many other desirable traits such as low body weight (resulting in reduced feed costs) and non-broodiness.

Pullet: A young female fowl from day-old to 15 months. The pullet year is the most productive of a hen’s life.
Moult: When a pullet stops laying and drops feathers. Occurs around Autumn.
Hen: After the first moult. A hen will lay fewer but bigger eggs. Hens moult annually from Autumn and will stop laying during the moult.
Point-of-lay: When a pullet is ready to start laying. Generally from around 21 weeks of age.
Broody: When a hen stops laying and remains on its eggs to incubate them.

The most widely available Australian crosses are the;

In the first season, one can expect about 270 eggs per bird, declining to 190-200 in the second season and declining more rapidly from then on.

Because the birds go into moult each Autumn and stop laying, one should stagger the ages of the birds in order to maintain a continuous supply of eggs.

Buying replacement pullets close to point of lay in January or at point-of- lay in late March / early April will ensure that these young birds do not go into moult over their first Autumn and will continue to lay over Winter.

Hens will produce their peak amount of eggs in the first three years. The economics of keeping hens longer than this period is often offset by the feeding costs. Less eggs will be produced on equal amounts of feed. It is not unusual for older birds to be relegated to the stock pot, however many chicken owners can’t bear to part with their feathered friends and wouldn’t dream of such a fate, rather preferring to let the birds live their lives out in the yard.

The blacks are the most placid of the three crosses. The browns are more outgoing and will investigate what is going on around the yard and will come to people, often pecking at their feet. Of the three, the whites are the most shy but regardless, none of these crosses are aggressive (like some purebred chickens) or too flighty to handle.

The ideal enclosure for chooks should firstly have a zone at the back, the coop, typically made out of galvanised iron or waterproof material. This gives the birds protection from the weather, particularly in winter.

Each laying hen requires a minimum space in the coop of 0.33 sq m for leghorns or 0.37 sq m for the others. One nest for every five birds will suffice, however it is not uncommon for hens to lay wherever they like. Once one hen has laid, other birds will usually lay in the same spot.

Ideally the chook run should face north so they can get out into the sun. The general run can be simply made of wire and should be buried to a depth of around 30cm to keep foxes out.

(Just because you may live in the city don’t think you are free of foxes. Don says there are many times more foxes per hectare in all of the cities of Australia than there are in the country.)

Feeding and caring for your chooks is pretty simple. You can use pre-mixed grain diets, but a more economical and efficient feed are layer pellets. These are available in different mixes for your adult and younger chooks. Chickens also adore kitchen scraps. Otherwise, just provide a little bit of shell grit in their diet and of course water.

Worm chickens once every three months and, if an occasional lice problem occurs, spray the inside of the chook shed with Coopex.

It is best practice to replace your layers with commercially produced ‘first-cross’ pullets. A rooster around your property will only send the birds broody and stop them laying. Putting a rooster over your own cross-bred hens is also likely to produce second cross birds of more dubious temperament and lower laying potential.

There are a number of diseases which the birds should be vaccinated against by the producer before you buy them. These include Marek’s disease, fowl pox, infectious bronchitis and Newcastle disease. Ensure the producer has vaccinated the pullets before you purchase them. Birds should also be wormed and deloused.

The two most common diseases which affect layers are;

Coccidiosis: pale combs, loss of condition, blood in droppings, drooping wings. This can be treated with an appropriate coccidiostat medication.

Ordinary straw can be used for floor litter in the coop. This is cheap to buy and will be used by the birds to build nests. Cleaning can be done weekly, about half an hour for 20 birds. Excrement should be removed, water containers washed and dirty or wet litter replaced.

Point-of-lay birds (around 18 weeks to 21) cost around $15. The current drought has increased prices due to an increase of feed prices. Where 16-18 week old pullets once cost $9.50, 12-14 week pullets are now fetching the same price. This results in the owner then having to feed the pullets until they reach point-of-lay – an additional expense. These purchase prices should include vaccination and worming.

Feed is available from produce and larger pet stores and costs about $22 for 40 kg. This bag will feed five birds for about 10 weeks.

A sachet of Coopex retails for around $7.50 from produce and larger pet stores.

Healthy birds can survive for around 10 years, however their egg laying potential is greatly reduced as they get older.

If you have an average sized backyard, you’ve got enough space to keep some chooks. Three to five pullets are all you need to keep a small family in a regular supply of eggs.
Great for the kids, a few chooks can also be enormous fun and the kids get to learn a bit about handling animals and responsible care.

Note that Local Council regulations can vary. Most councils don’t regulate specifically against the keeping of chickens, although roosters are banned in most domestic areas.

We filmed this Road Test in Tahmoor, New South Wales. This Fact Sheet was compiled with the assistance of Brian Larkin, a commercial cross bred pullet breeder. Brian supplies to the public and can be contacted on (02) 4681 9722.

For suppliers in your area, look under ‘Poultry Suppliers and Dealers’ in the Yellow Pages. The Trading Post also regularly lists suppliers.