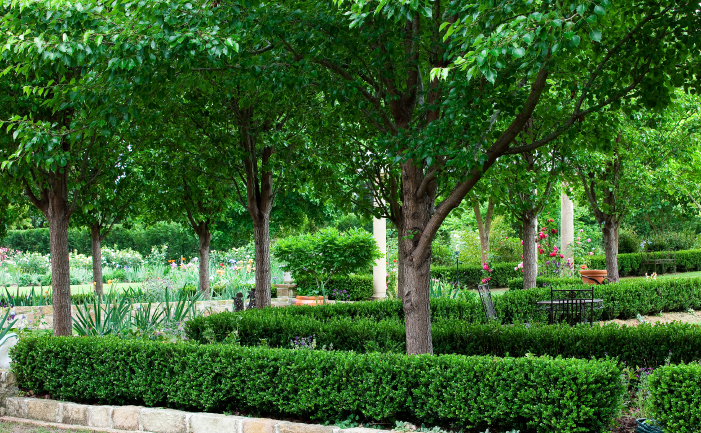 In recent years, ornamental pear trees have been very popular in Australian gardens. A favourite in cool climate areas is the beautiful Manchurian pear (Pyrus ussuriensis), with its heart-shaped leaves, scented white flowers and spectacular autumn colour. However, the Manchurian pear can grow to around 20m (60′) tall and 10m (30′) wide. These days, available space in backyards is taken up by pools, spas, barbecues, outdoor settings and play areas for the children, so there isn’t much room left for big trees. The good news is that smaller, narrower ornamental pears are now available.

New cultivars shown in our segment:

This tree has an upright, dense habit and attractive, dark green leaves that turn plum red/gold in autumn. It grows to about 7m (20′) tall and 5m (15′) wide. In spring it produces masses of white flowers, followed by small, dull gold to russet coloured fruit.

‘Capital’ grows to about 7m (20′) tall and only 4m (12′) wide, so it is a good choice for narrow, restricted areas. In spring it is covered with a profusion of white flowers to 20mm wide. They are followed by small, russet coloured fruit. In autumn the dark green leaves change to reddish-purple.

The two ornamental pear cultivars mentioned above do best in Sydney, Perth and areas south.

Both these trees will tolerate dry conditions, slightly alkaline soils, air pollution and intermittently wet, heavy soils. They grow best in full sun, and are easily transplanted. ‘Capital’ needs protection from strong winds, but has good disease resistance. ‘Glen’s Form’ Chanticleer is less susceptible to wind damage than many other cultivars.

‘Capital’ and ‘Glen’s Form’ Chanticleer are available in NSW, Victoria, Tasmania and South Australia. They cost $35-$45, and are sold either bare rooted or in 250mm (10″) pots.