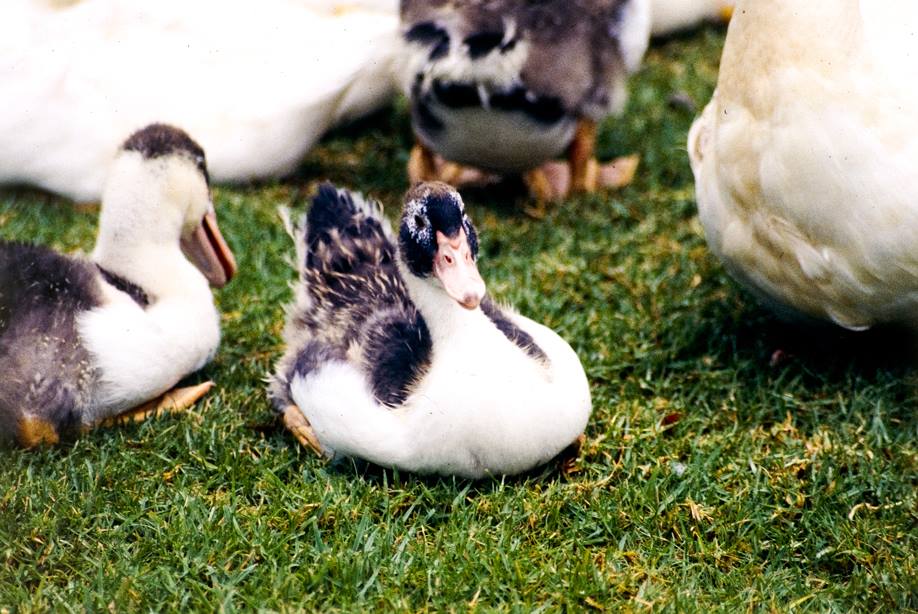 FAQ: Can I keep ducks in a suburban backyard?

The answer is yes! Of all duck species and varieties the Muscovy duck stands out as the best. Muscovies have a gentle disposition and make great pets. They produce little in the way of sound – they are not quackers!

Muscovy ducks lay delicious eggs mostly during Spring/Summer and make good parents. They will raise lots of ducklings if you let them. In suburbia, you usually aren’t allowed to keep roosters –so breeding chooks is almost out of the question. But since Muscovy males are not noisy, you can keep and breed males and females.

Muscovy ducks come in many colours such as black, grey and fawn – usually mixed with white.

They have one failing – ugly heads. The Muscovy ducks are the ones with red wrinkled skin around their beak, eyes and head.

But, Muscovy ducks are one of the best of all backyard poultry.