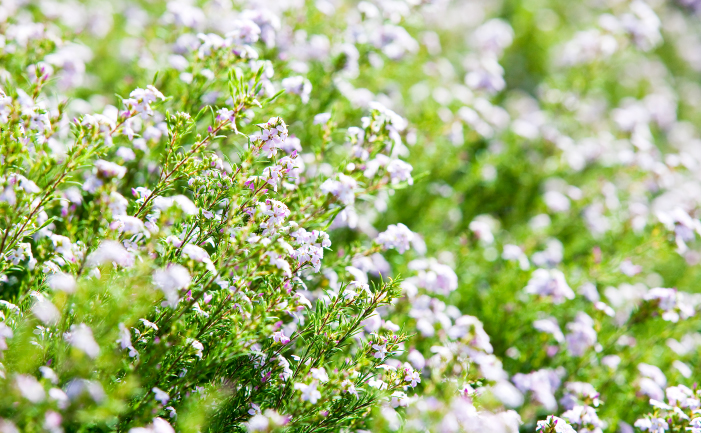 One of the best garden shrubs is the diosma. It grows as a round tidy plant with masses of pink flowers in late winter and spring. It will grow in all but the most tropical and humid parts of Australia.

Common name: Diosma but also known as confetti bush and breath of heaven.

Description: The species has pink flowers and tall growth. It will reach around 2m (6′). There are various cultivars available including:

In addition a white flowered diosma, Coleonema album, is also available. This plant grows to about 1.5m (4′) tall with a spread of about 1.8m (5′).

Best climate: Best in warm areas but will grow in most parts of Australia except the tropics. In humid summers it can be affected by fungal problems. In very cold areas such as mountain districts this plant will need a warm, sheltered micro-climate for best growth. It is native to the Cape Province of South Africa.

Best look: Soft hedge or mass planting. The site Don visited in the segment used the dwarf pink diosma as clipped hedges at the front of a commercial nursery.

Masses of tiny pink flowers in late winter and early spring (July to October) followed by sporadic flowering throughout the year.
Can be clipped and shaped.
Fine, small bright green leaves which darken in summer.
Fragrant flowers and foliage.

Left unpruned it can become rangy with less flowers.
Flowers less prolific in shade.
Plants can suffer in late summer with fungal problems due to high humidity.

Good drainage and full sun are vital for good growth and lots of flowers. In shaded positions the plant will not flower as well. It will not tolerate poorly drained conditions. In clay areas, plant diosmas in raised beds.
Lightly trim after flowering (October) and periodically through the spring and summer to encourage a dense, compact plant.

They can also be grown from cuttings. Take soft tip cuttings in late summer and autumn.